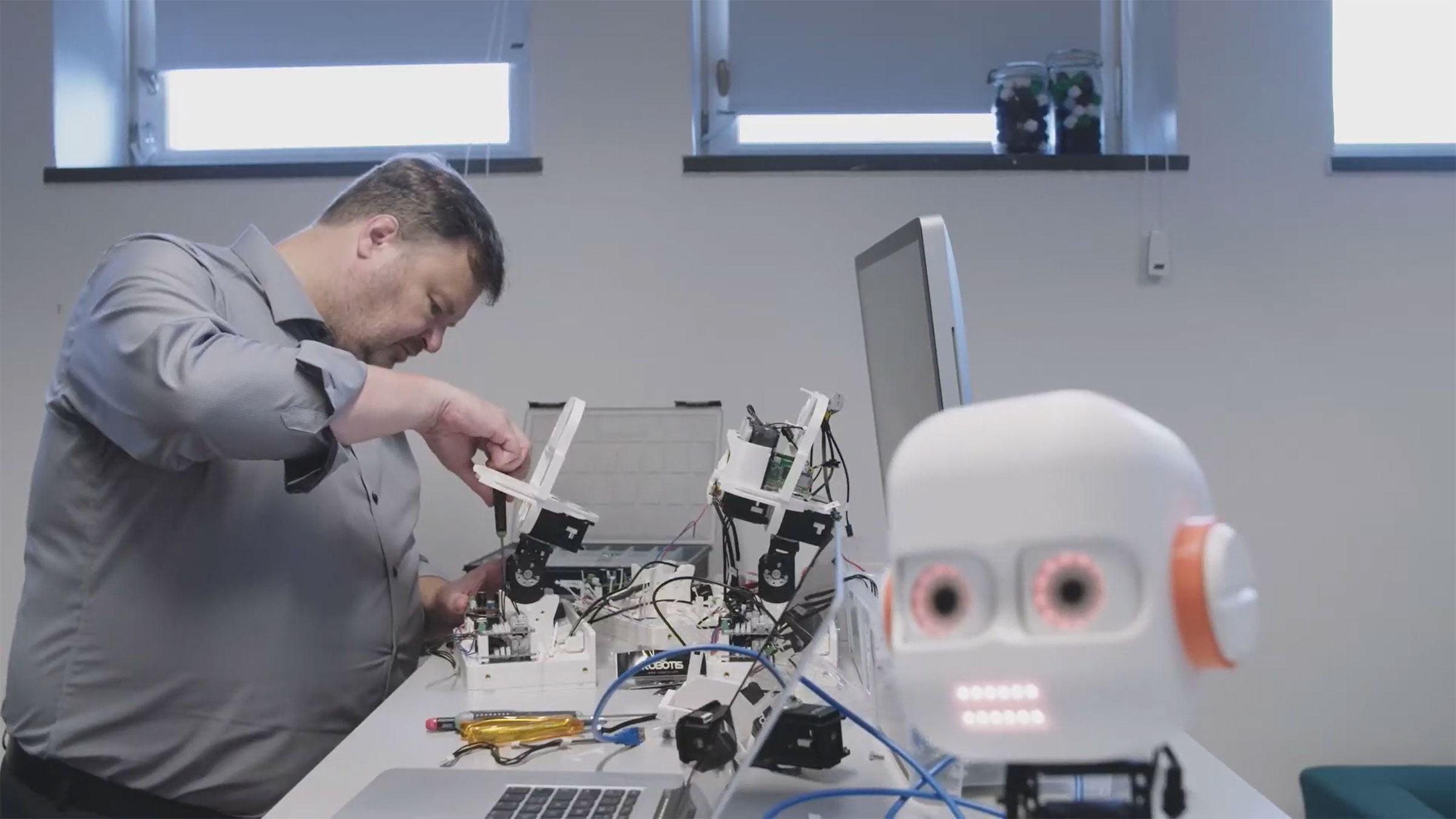 Image from the video Artificial intelligence – humans and machines. Photo: The Wallenberg Foundations.

AI that benefit us all – researchers prepare for the future

Research in AI has taken great steps in Sweden recent years. A newly produced film from the Wallenberg Foundations shows some of the questions that researchers face.

Today, we are in what is known as second-generation AI research, focused on machine learning, meaning that AI systems learn from large amounts of data with the help of such things as neural networks and deep learning. At the same time, we are knocking at the door of a third generation which concerns how we, humans, also become part of the AI system.

All over Sweden researchers are preparing for the future. In their laboratories’ technology being developed that will play a significant role in our future lives. Others, studies opportunities and challenges on our society and everyday life.

At Umeå University you can find several of these researchers and here is also the program office that coordinate the WASP-HS research program. The other program, WASP, is coordinated by Linköping University.

The video provides an insight into the AI research that takes place within the programs, not least with questions such as how we humans should develop and use the new technology in a responsible way.

Two of the researchers interviewed in the film are Virginia Dignum and Frank Dignum. Both are professors at the Department of Computing Science at Umeå University and affiliated with the two programs. Virginia Dignum is also program director for the WASP-HS program.

“Of course AI can do a lot of good things and we already see many good applications of AI. But we must also look at the impact of the systems, and how we want them to work in a way that benefits everybody,” says Virginia Dignum in the video.

“It will be crucial what we do with this technology. We must be very aware as researchers, and as developers of AI, that our systems make an impact,” Virginia Dignum continues.

Other researchers participating in the film are Amy Loutfi, Örebro University, Anders Ynnerman, Linköping University, and Ingar Brinck and Christian Balkenius, both at Lund University.

Watch the video Artificial Intelligence – machines and humans, published by the Knut and Alice Wallenberg Foundation.