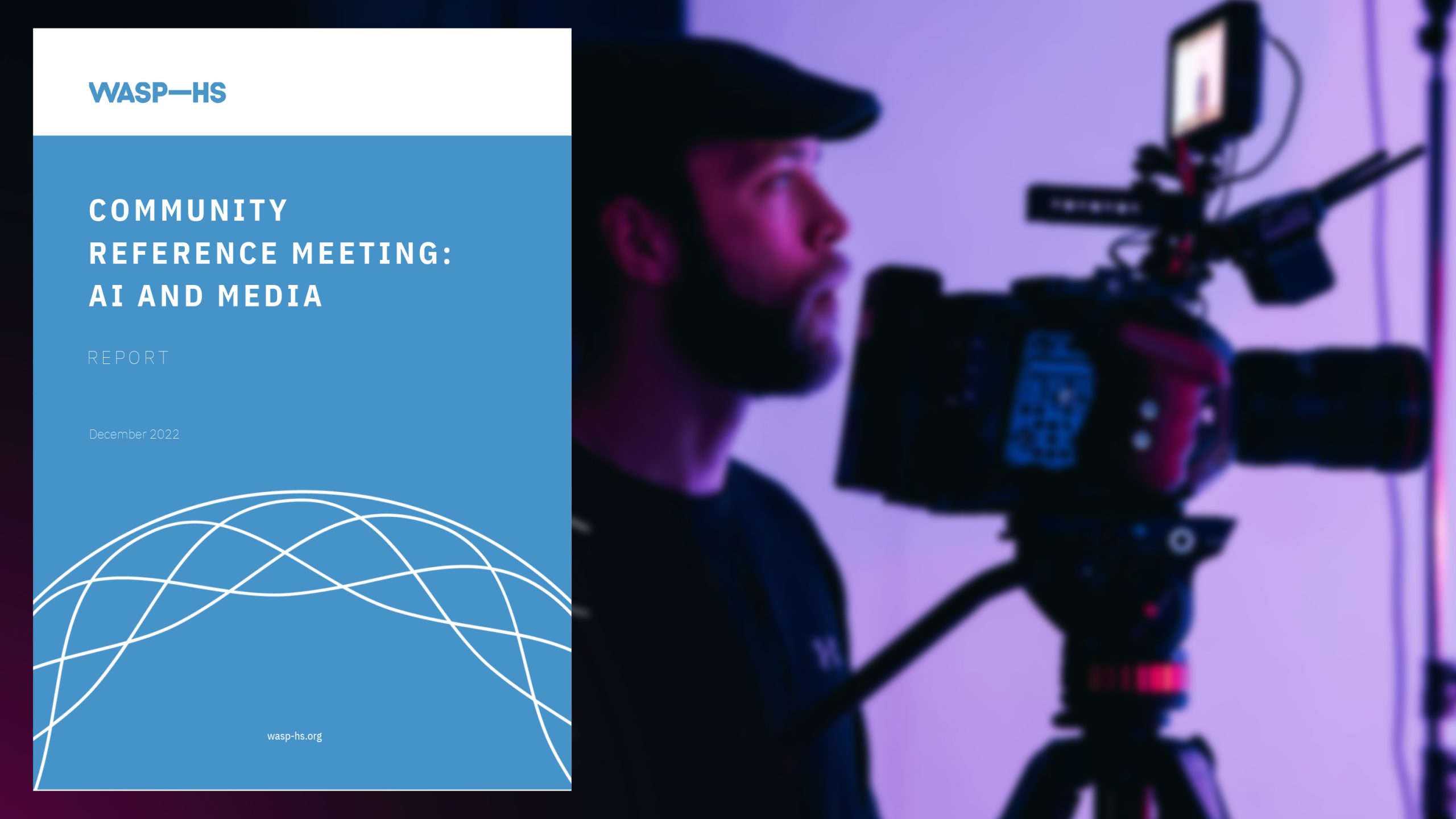 New Report on AI and Media

What are the challenges and opportunities on AI and media? A new report is now published and available for all on the WASP-HS website. The report is based on the discussions and conclusions from the AI and Media Community Reference Meeting which took place on October 13, 2022.

The average Swede consumes about seven hours of media on a daily basis according to Mediebarometern (2020). During this consumption, individuals are sharing personal data in the form of, for instance, clicks, scrolls, with the media company in question. The abundances of data provided are optimal for the use of artificial intelligence (AI).

“If AI comes to be widely adopted by the Media industry, and we spend almost half of our waking time on media, then advances in media AI are likely to have a pronounced impact on our daily lives”, says Professor Virginia Dignum, WASP-HS Program Director.

To share the knowledge and insights from on AI and media, WASP-HS has published a report based on the AI and media community reference meeting. During the meeting it was discussed how AI is being put to use in different media sectors, as well as what helps and hinders the technological uptake, what the potential consequences for people and for society are, and more. A number of themes were discussed in parallel at different roundtables. It was a hybrid event, with discussion tables spread over three locations: In Gothenburg, where the themes were AI for Text Generation, and How AI Transforms the Production and Consumption of Arts, Music, and Media. In Stockholm, where we held discussions on AI for Gaming, AI for Movie Production, and AI for Music, and in Umeå where the focus was on AI in Politics. The meeting was organized in collaboration with WASP Research Arena – Media and Language.

WASP-HS Community Reference Meetings are meeting places for Swedish private and public organisations and WASP-HS researchers. Each meeting has a specially selected theme with the aim of bringing business and research together to expand knowledge and strengthen collaboration. The meeting which the report is based on was on the opportunities and challenges of AI and media.

Some takeaways highlighted in the report are: