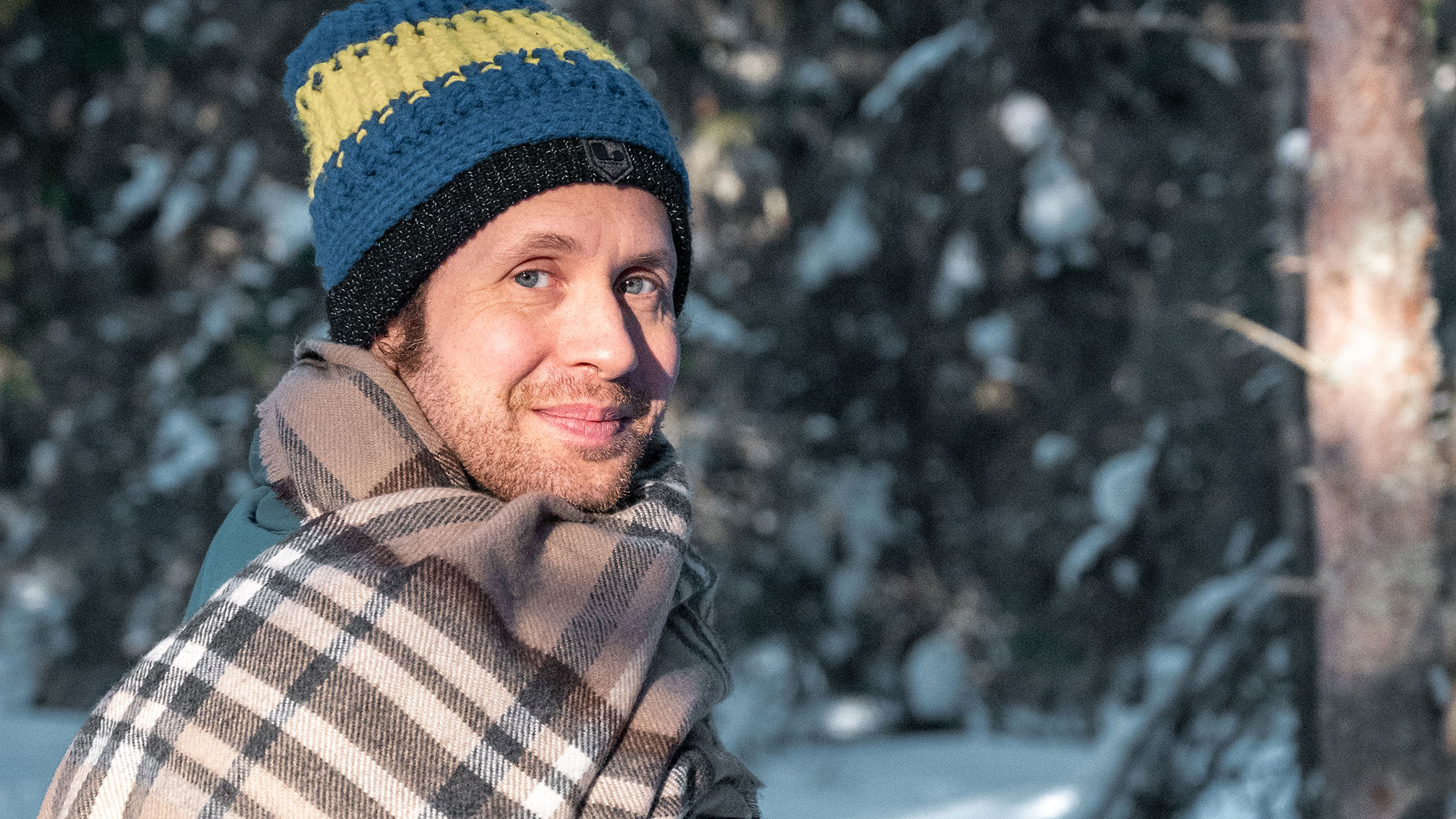 “Young AI researchers — at least here in Sweden — are proving themselves to be flexible, interdisciplinary thinkers.” That is a conclusion Erik Campano, PhD student at the Department of Informatics, Umeå University, draws after attending the WASP-HS Graudate school winter conference. “Sweden has a group of scholars who are doing the necessary outside-the-box creative work about how to best incorporate extremely powerful computers into day-to-day life. That helps fulfill the mission of WASP-HS,” he says.

Here is what Erik Campano says after the conference.

Last week’s WASP-HS doctoral student conference had, as one of its central themes for discussion, interdisciplinarity. The point that the conference’s organizers were making was that the study of the social effects of artificial intelligence is, by nature, a project which requires researchers to use the methods and collected wisdom of multiple academic fields. So, what was striking — and intellectually intriguing — about the conference, was that we got to see exactly what that interdisciplinarity looks like in real research, in real projects, by real people. This may seem mundane, but it’s not. It’s actually very exciting to see. That’s because many people fear interdisciplinary research, both because they think most scholars cannot really master multiple disciplines, or because they think it will drain resources from traditional, specific academic departments.

Almost all of the approximately 30 projects presented are interdisciplinary in some way. In this blog post, I’m going to point out a few of them. My choices are a largely arbitrary attempt to represent the range of disciplines at the conference. (If you’re an WASP-HS grad student and I don’t mention your name here, it’s not because I don’t think your work is interdisciplinary. It’s more, just, well, the luck of the draw. You were all great.) What I’m hoping is that by looking at this list, any AI researchers out there — as well as, of course, the WASP-HS community — will feel confident that interdisciplinarity: a) is possible for most individual AI researchers, regardless of their original academic training, and b) adds to the richness and dynamism of specific academic departments, rather than weakening them.

1. Andreas Brännstrom and his faculty collaborator Juan Carlos Nieves Sanchez‘s investigations into how humans and computers can — and will, eventually — argue, is a fascinating mix of computer science, cognitive science, and clinical psychology. Andreas and Juan Carlos are trying to build an AI agent which can enter into a dialogue with autisitic or socially anxious children, to help them practice interacting in simulated social scenarios, which is a very new and promising technology. Their work is computer science because it involves the engineering of an information systems device; it’s cognitive science because a computer cannot argue with a person unless its programmers understand the structure of human cognition during argumentation; and it’s clinical psychology because it will, hopefully, help children with such diagnoses to have more enjoyable and productive relationships with fellow humans. Funding from this project has come from Vinnova, a national agency promoting innovation and sustainability, with ties to the European Union. So, Andreas and Juan Carlos are adding to their home department (computing science at Umeå University)’s diversity of thinking by bringing in theories and methods from the psychology building across the courtyard, as well as the medical school across the street.

2. Hoda Hosseiny’s work on the WASP-funded Quantum Law Project draws from law, ethics, metaphysics, and economics. She and her co-researchers at the faculty of law in Lund have observed that computers are transitioning from 0-1 binary processing to qubits, which can be both 0 and 1 at the same time. This is not only going to increase computational speed and complexity, but als “raises normative questions concerning the (in)deterministic nature of the universe”. As companies from transport to pharmaceuticals adopt quantum computing, they have the potential to become extremely powerful. And — as is the focus of Hoda’s current research — they also could have a major impact on privacy rights. Legal scholars need to explore now, she says, about how to prevent surveillance by quantum AI-enabled tools. The Quantum Law Project is funded directly by WASP-HS, and helps bring hard-core computer science into Lund’s law faculty — two disciplines with very different methods and basic knowledge sets, but which are of vital importance to one another.

3. Maria Arnelid and Dominika Lisy are part of a team in Linköping using gender studies, media studies, and anthropology and ethnography to try to figure out whether engineers can — and are — building robots with the capacity to care, as (if I understand their research correctly) care is described by the feminist ethics tradition. Can we “disturb the ‘care-technology’ distinction”, Maria asks, “in which ‘good care’ is seen as a distinctly human capability”? Maria and Dominika are planning to follow robot developers in their day-to-day work via a participant observation method. It sounds, frankly, like downright fun, as well as intellectually enlightening, to be there, in the lab, interacting with robots in the real time as engineers are building them in places like Uppsala, Stockholm, and Örebro. Invoking ethics of care, particularly in a participatory setting, also requires researchers to think about, utilize, and receive empathy — a part of the human experience which is often left outside the door of the hard, silicon-and-circuitry atmosphere which can pervade computer science departments. In Maria and Dominika’s case, interdisciplinarity can make a real, direct, practical contribution to building computers which may actually improve human emotional life. And that, most conscientious people would argue, is a morally worthwhile goal in and of itself. It also seems to be an implicit, if not explicit, objective of WASP-HS.
So: these are just three examples of interdisciplinarity among the graduate students in WASP-HS. What’s particularly encouraging is that during the conference last week, regardless of any presenter’s methodological starting point — from computer science to law to gender studies — the rest of the group listened carefully and asked relevant questions. And — above all — participants suspended using the terminology of their discipline when another person’s projects, and tried hard to learn and incorporate new language and concepts. Young AI researchers — at least here in Sweden — are proving themselves to be flexible, interdisciplinary thinkers. That helps fulfill the mission of WASP-HS, of course, but it also means Sweden has a group of scholars who are doing the necessary outside-the-box creative work about how to best incorporate extremely powerful computers into day-to-day life.