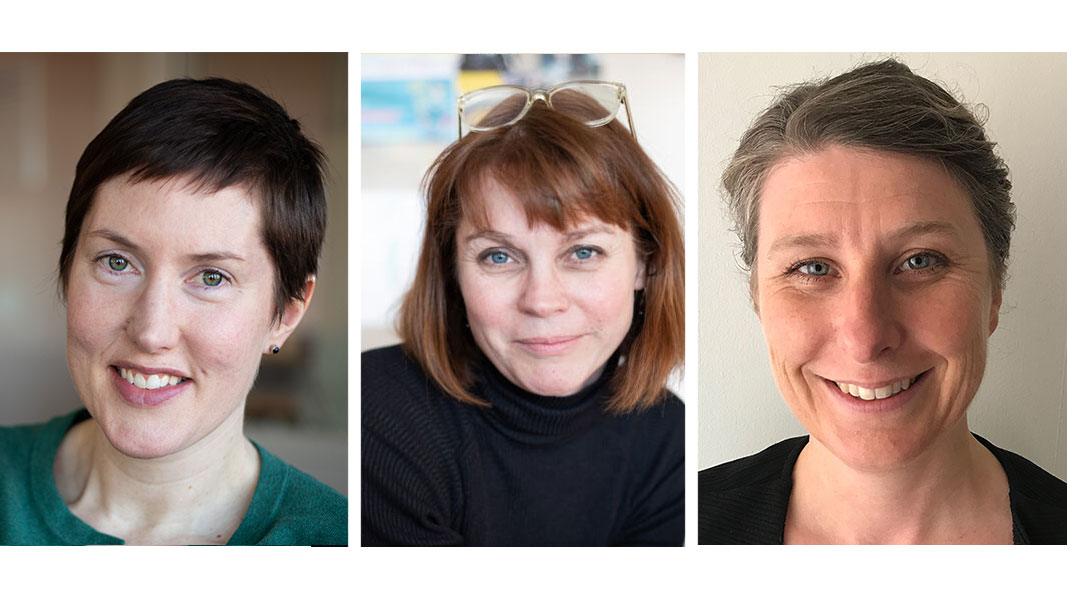 Robots in fiction – a book club

Robots in fiction… a book club over lunch, with real books, good story telling, and IRL. How old school is that?

Ericka Johnson, Katherine Harrison and Nicolette Lakemond, in the picture above, are all taking part in the book club Robots in fiction at Linköping University.

Last spring, after finding we had a shared interest through our WASP-HS grants, and discovering that there were others looking at robots from different perspectives at Linköping university, too, we realized that there was a whole handful of us who wanted to get together once a month and chat about classics (and soon-to-be classics) in robot fiction.

Knowing how rarely people actually get a chance to read the book their book club is discussing, we decided each lunch would engage one person to give a short synopsis of the book of the month, including some of the larger questions it approaches, and then we would spend the hour (just an hour, over lunch – surely we could fit that into our schedules!) talking about those topics, whether or not everyone had read the book.

To kick off the fall, we chose:

Of course, these plans were forged before Covid19 hit us, and for a while we thought we were going to have to hold our book club – like everything else – online. But, as things started rolling along in the fall and we realized that the university club was closed to restaurant guests but available as a meeting space, we decided to have our lunches there.

The first session was in the beginning of September, and to our delight close to twenty people showed up, with lunch boxes and books in hand. We had MA students, PhD candidates, post-docs, lecturers and professors there, and many of them were from different parts of the world. We discussed the way we had reacted to the characters and their trials and tribulations in Exhalation. Having such a range of perspectives brought out a lot of different responses, challenging how we had interpreted the stories – twisting and turning the meanings we thought we had found and actually sparking a common interest on several what could be potential collaborative research topics including temporality and trust.

It’s all very informal and open to anyone who wants to participate. And if you have a favourite robot book you think we should read, let us know! In Linköping and want to join? Email Ericka.johnson@liu.se to be put on the mail list!